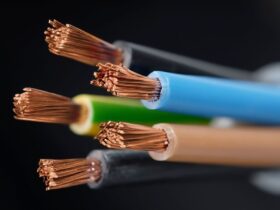 There are many reasons why a cable may fail in service, with the failure at its most serious resulting in fire or other serious fault.

Some of the main causes of cable failure include:

The service life of a cable can be significantly reduced if it has been expected to operate outside of the optimal operating conditions it was designed for. The ageing process usually results in embrittlement, cracking, and eventual failure of the insulating and sheathing materials, exposing the conductor and risking a potential short circuit, a likely cause of the electrical fire.

If the cable is damaged either during installation or in subsequent use, the integrity of the cable will be affected and reduce its service life and suitability.

Degradation of the cable sheath:

There are several reasons why the sheathing material may degrade, including excessive heat or cold, chemicals, weather conditions, and abrasion of the sheath. All of these factors can ultimately cause electrical failure as the insulated cores are no longer protected by the sheathing as originally designed.

Moisture in the insulation:

Moisture ingress can cause significant problems including short circuit and corrosion of the copper conductors.

Excessive heating of the cable will cause degradation of the insulation and sheathing material and premature failure. The heat may come from an external source or may be generated by the resistance to current flow in the conductor – a particular problem if the cable is overloaded and/or underrated for the application.

Electrical overloading normally occurs when the cable is underrated for the application or when too much load is being placed on the cable. In domestic applications, this is often a result of plugging too many appliances into one socket and overloading the wiring to that individual socket, extension adaptor, or gang socket.

Rodents frequently attack the outer layers of cables. This damage can be extensive, significantly reducing the sheathing or insulation properties of the cable, another likely source of electrical fires.

UV exposure can have a significant influence on electrical cable insulation and sheathing. Cables likely to be exposed to UV light should either be designed with UV resistant materials with a suitable carbon black content or protected from exposure with a protective covering such as installing inside cable conduit so not in direct sunlight. UV exposure frequently causes cracking of the insulation and therefore potential short circuit failures.

Get info of suppliers, manufacturers, exporters, traders of Electric Cables for buying in India 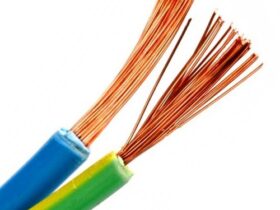